How My Golden Retriever Runs a Successful Operation 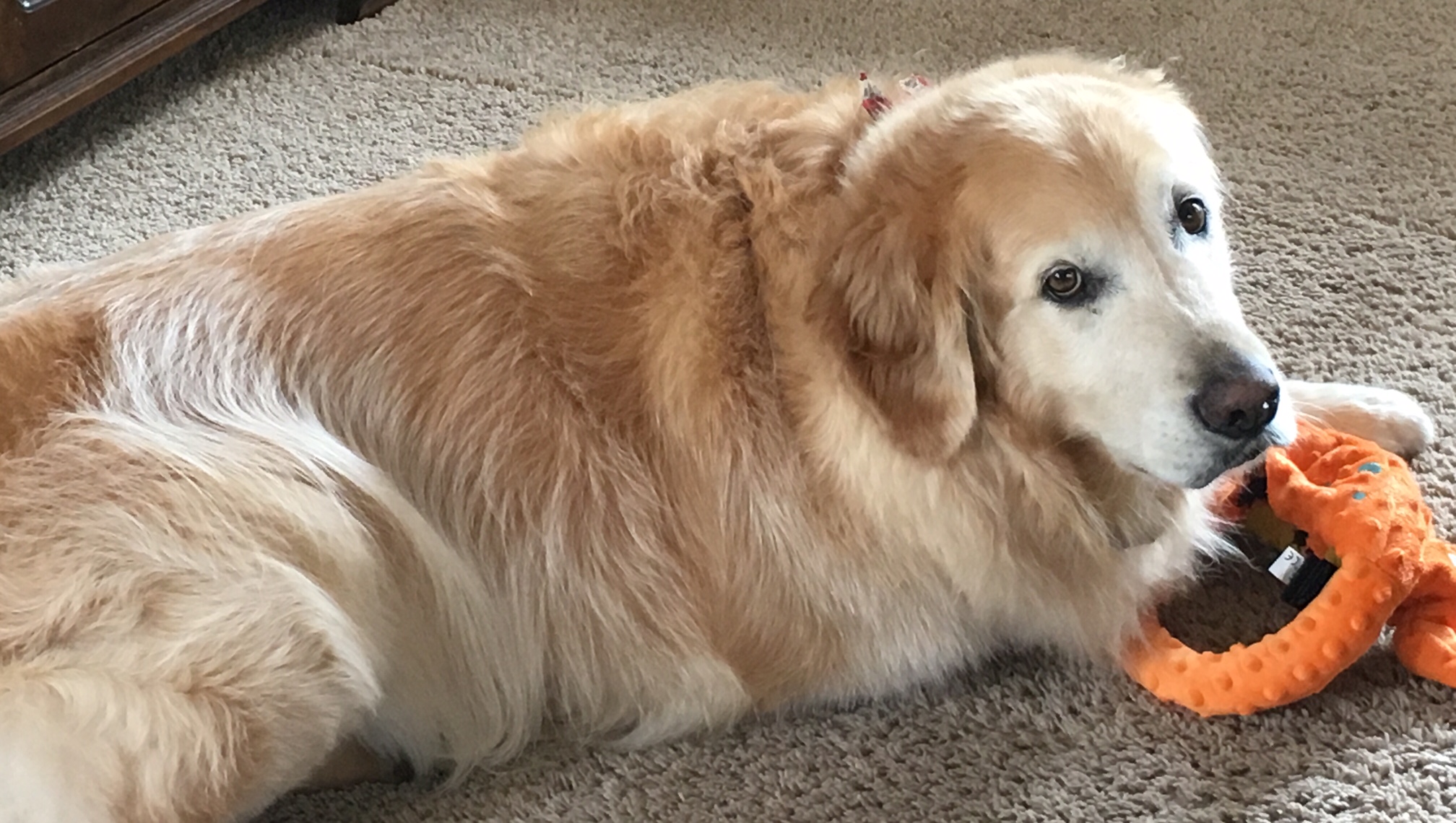 We have a 104-pound Golden Retriever.

We used to tell ourselves he was big-boned, but we’ve come to face the facts. He’s just fat. He has more junk in his trunk than a traveling encyclopedia salesman. (If you’re under 45 you might not get that… So suffice it to say, Diego’s ass is enormous.)

Don’t get me wrong. He’s gorgeous. And we love him. But this dog can EAT. And he does. Without regard to anything else in life. (Except maybe lying on his back in dead-bug pose, kicking me until I rub his stomach.)

Anyway, before you get all judgey and shamey on me, like so many parents of lean dogs do, I promise you there’s nothing wrong with Diego. We have the world’s most attentive (and apparently most expensive) vet. And she assures me that Diego’s thyroid, hormone levels, vital signs, and blood work are all 100% normal. He’s a healthy boy.

But his appetite? It’s a FORCE. OF. NATURE.

He once ate an entire rack of ribs — bones, cellophane packaging, and all – that I’d just brought home from Costco.

He eats our son’s socks.

He ate a slingshot.

Diego forages through our single-family, Southern California home for bits and bites as though he’s lost in a dense, dark forest.

Over the past 7 years, he has stolen so many entire meals from our son (who still foolishly leaves his plate unattended like a novice camper in a brown bear’s back yard) that it’s amazing Christian has grown into a normal-sized young man.

Every visitor who enters our home is summarily given a once-over with a cold, wet nose for the possible presence of goodies in their pockets, and then emotionally manipulated – sometimes for hours – with a practiced stare, punctuated by sophisticated eyebrow movements and expressions ranging from adorable, to starving, to dejected, to downright pathetic.

And this morning, as Diego was expertly and unselfishly relieving me of my last bite of toast (which both of us knew I didn’t really need), I had a revelation:

If, as entrepreneurs, we all managed our businesses like Diego manages his quest for tasty treats, we’d be a lot more successful.

Diego doesn’t second-guess his mission; he’s inspired by his vision of what could be.

He never allows failed attempts to dissuade him or wreak havoc on his self-esteem.

He pursues his daily objectives with absolute consistency.

He relies on proven strategies for success, but he’s never afraid to try something new.

No opportunity is too small for a thorough investigation.

His brand is 100% authentic and completely transparent.

He’s got an eye out for potential prospects, and never misses a chance to present his pitch.

He’s got the other eye on the competition and moves in to steal his share of the market at just the right moment.

He fully understands and engages the emotions of his ideal customers.

And his target market can’t get enough of his content, despite his assertive (sometimes downright aggressive) approach to sales and marketing.

Diego has this stuff nailed.

He’s fat and happy in his business.

You can learn a ton about business from my Golden Retriever.

And even more from me.

Join me at my next webinar. I’ll show you how to build a brand that engages your ideal customers – so you can get more of what you want, more often.

One thought on “How My Golden Retriever Runs a Successful Operation”