How to Finance Your Business With a Briefcase Full of Crackers 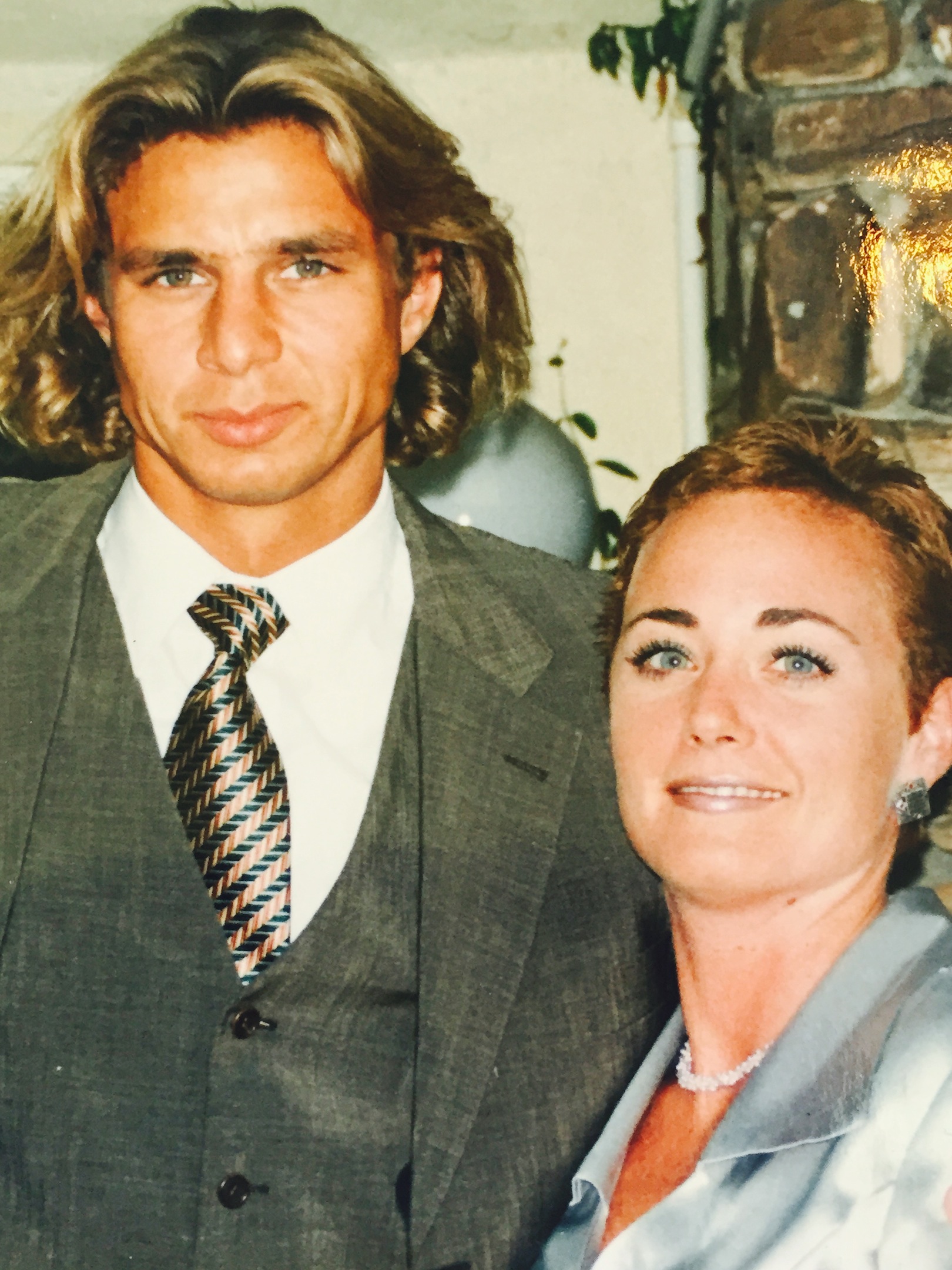 Do you ever find yourself in the following business situation?

You know you have something to offer the world. You know you’re an expert in your field. You know, if given the chance, you can set the world on fire.

But you just can’t seem to get there, because people don’t see you the way you want to be seen. You’re putting it down, but people aren’t picking it up. You’ve built it, but no one is coming. Because they perceive you as a newbie, an amateur, a youngster… a fledgling enterprise.

I’ve been there. And I’m about to tell you how my husband turned this feeling on its head – and financed my business – with a briefcase full of crackers.

In 2001, Jan and I both started businesses. Between us we had a fist full of college degrees and some really great experience. We were hard workers. And together, we were (and still are) a formidable team. We knew we had it all going on, and we were all set to take the world by storm.

But we were cash-poor.

And if you own a business, you know that cash is king. No matter how much income you have, or how many hours you’re about to invoice, if you don’t have enough cash to pay the bills and keep the business going, then it’s all for naught. Because without cash, the wheels come to a horrible, grinding halt.

And at this particular time, we had skills and dreams and a damn good strategic plan, but not so much of the green, you know?

So when I landed my first good-sized marketing project and got a check for $60,000 to pay for the printing the client had agreed to, I was elated. It was just the relief I needed to get things rolling for the first little while. Mind you, it wasn’t my $60,000. It was the client’s. My immediate plan was to deposit the check, pay a deposit on the printing, take the small commission I’d earned, and march forward with lethal determination.

So I strutted into Bank of America, where I had opened my business account just days before, and slapped down my big, fat check. I was proud. Hell, I was bursting. It felt like things were finally moving forward. And I just knew the people at B of A would feel that way, too.

As it turns out, they felt a different way.

They felt they needed to hold the check for 21 days. Because I was a new customer, and I had a new business, and it was a lot of money. And they wanted to cover themselves to make sure the check was good. (Things were not so digitally driven then… we were not all connected in six seconds or less.)

I sunk into the teller counter, completely disillusioned. I was crushed. The next three weeks passed before my eyes, and they looked like utter gridlock. It was as though Maria, in her navy blue suit and chignon, had sucker punched me and knocked the wind straight out of me.

And as I stood there, under a sign that read “Allow Us to Help You with Your Small Business Needs,” my disappointment turned to indignation. I resented Maria and the power she wielded. And second by second, I became sure that I was right. I was good. And B of A… well, they were the evil empire.

So I did what any overly emotional, smart-assed young business owner would do. I closed my account. Amid a flurry of furious, self-righteous remarks, I closed my account. I made a scene. I may have even stomped my feet. And I rushed out to the car, check in hand, and home to tell Jan about my triumph over “the man.” I rushed toward the conversation I knew we would have, about how I had been wronged.

We never had that conversation.

Instead, we had the one where Jan told me I was wrong. Where he kept his cool, even though he was very angry, and explained to me that we had written checks on that account and they were still outstanding. And that those checks were going to bounce if I did not immediately drive back to the bank, apologize to Maria, and re-open the account. He gave me very detailed instructions about how I was to eat crow.

And for the second time in 30 minutes, I was shattered. I felt two feet tall.

I don’t even remember climbing out of the hole I’d created for myself. But I must have. Because the account was reinstated.

Meanwhile, Jan was back at home and holding the $60,000 check, which we were still unable to cash. And by the time I returned to the house, he had hatched a plan.

It involved an impeccably tailored three-piece suit, an air of sophistication and confidence, and an empty briefcase.

Do you remember that Seinfeld episode where Kramer decides to go to work, and he shows up every day with a briefcase filled with crackers? It was a little bit like that. Except we were actually qualified for the jobs we were doing. Still in all, though, there was nothing in Jan’s briefcase but crackers.

I’ve had a lot of mentors and teachers throughout my career. But my husband has been the best of them. He’s a straight-shooter – no head games or manipulation, ever – and he’s a brilliant businessman and leader. One of the things he taught me early on is: if you want something, if you want to be something, then you just begin being that thing. You don’t wait for someone else to invite you or validate you or call you that thing. You simply step into the role.

So here’s what Jan did.

He scoured the phone book (the Internet was new at that time… we weren’t yet Googling instinctively) for a local business bank that wasn’t ruled by a huge corporation, and by huge corporate decisions.

He put on his best suit — the one in the photo, above. (Jan is European, and one of the things I love about him is that he really knows how to wear a suit.) And he got his briefcase out of the hall closet. Then he got into his truck, and drove away.

I wasn’t at this local bank when Jan showed up, but I was there when he came home with immediate access to the $60,000. So I know what happened.

Jan had owned the role of successful business owner. He had walked into the bank with a big deposit for a new account. He had introduced himself to the Branch Manager and the New Accounts representative, and he had assumed the position of “big fish.” He made that bank believe that they were lucky to have us as customers. And you know what? They were.

But it didn’t end there. For the next two years, every time Jan went to the bank, he came home first and put a suit on, and he took that damned empty briefcase out of the hall closet. He branded himself as a successful entrepreneur. And they were most definitely picking up what he was putting down. Because inside of six months, they gave us our first substantial line of credit for the business. And our cash flow problems came to an end. And we really started building something great with the business.

As a side note (even though it has nothing, really, to do with the moral of the story), I was forbidden to go to the bank during this time. I was very wisely “relieved” of my banking duties. I was a loose cannon. I was a threat to the tycoon brand Jan was building. And he was smart enough to know that you protect your brand at any cost, even if it means ticking off your hot-headed wife. (Which I guess, embarrassingly, actually does have something to do with the moral of the story…)

It’s been 14 years since the “check incident,” and we manage our cash flow pretty well now. We’ve both grown our businesses into substantial enterprises, and we still have accounts at Bank of America, and other places. And both of us, to this day, take the roles we want by stepping into them. We brand ourselves first by being honest about the way our target markets need to see us and relate to us, in order for a sale to go down.

So if you’re feeling undervalued, under-appreciated, ineffective or amateurish, think about the role you need to take on. Think about what your target market really needs to see in order to trust you enough to pick up what you’re putting down.

And then own that role.

Don’t lie about it. Don’t take on a role you can’t fulfill. But by all means, take on a role now that you will fulfill in the future. And wear that sucker like a three-piece Hugo Boss suit.

And for goodness sake, don’t forget to put the crackers in your briefcase.

What role are you ready to take on? What are you about to own? Share it with us in the comments below.