LESSONS FROM NASHVILLE: Down the Rabbit Hole 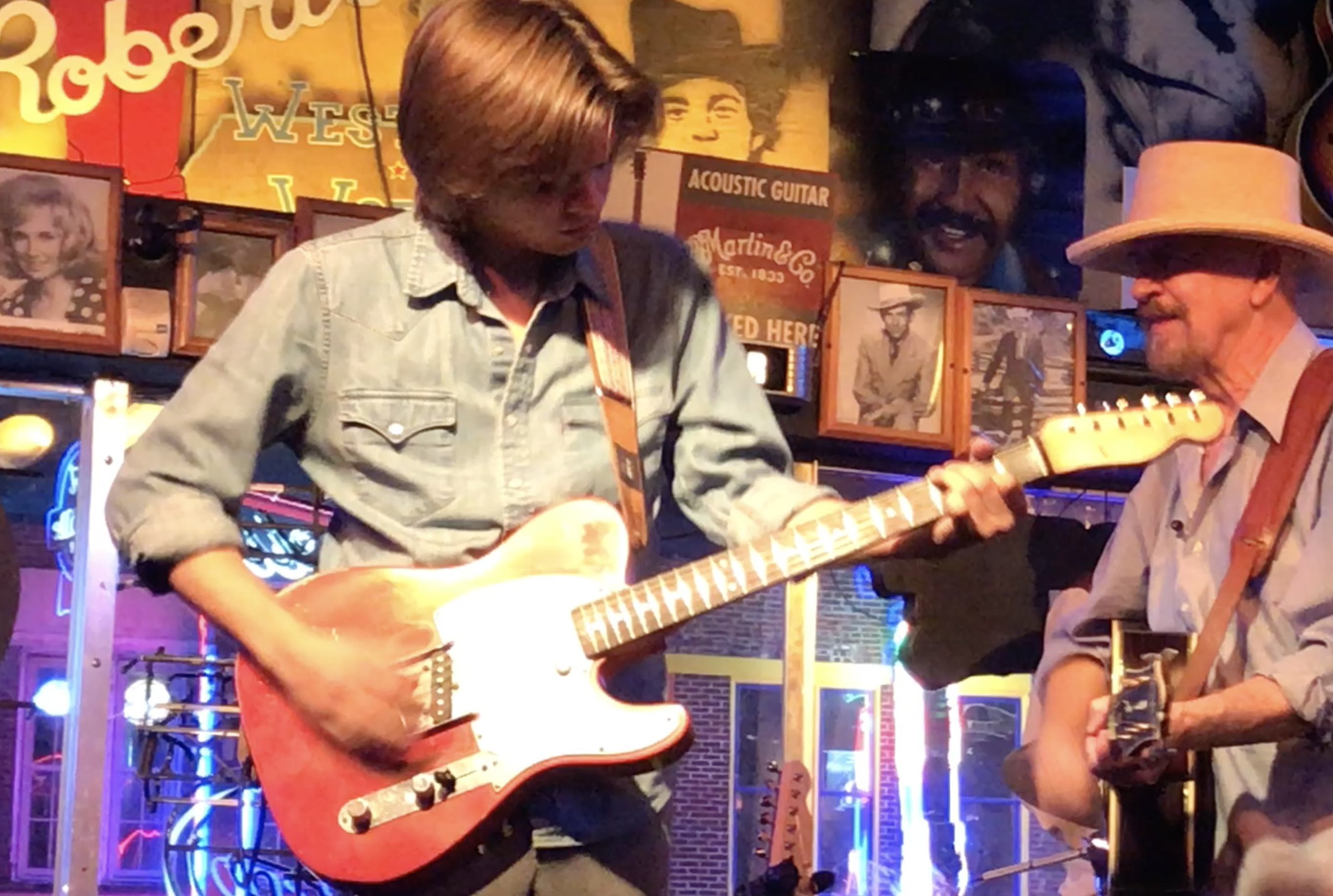 In early October, I tumbled helplessly down a rabbit hole in a little bar called Robert’s Western World. I’d gone to Nashville to speak at an event, and that first night, my friend Carla and I were itchin’ to get a taste of the Nashville scene.

(Side note: this is the third of my four “Lessons from Nashville.” If you missed the others, you can find them here on the Strategic Juju blog.)

If you’ve never been to Nashville, you should know that one of the most remarkable things about Broadway—the street that runs through the center of town—is how CLOSE you can get to the music. Immensely talented musicians pour their hearts out just feet away from you in a beautiful transfer of energy that’s a gift beyond belief.

I’m not gonna lie, I am not a fan of country music. But the live music in Nashville is so good, that the genre is entirely irrelevant.

Robert’s is a honky-tonk. Wooden floor and bar, stools that are bolted to the floor. There are rows of cowboy boots for sale on dusty shelves and posters tacked to every inch of the walls. There’s a sign behind the bar that says: “Dumb-Asses This Way.” Back-to-back people—almost all of them shockingly friendly—in boots and jeans and leather vests, holding Bud Lights and nodding to the music, let out an occasional whoop or an “aaah, yeaaah.”

There’s nothing fancy about Robert’s. But it’s got a vibe that just won’t quit.

I fell down the rabbit hole that night at Robert’s when I saw a 19-year-old guitar player named Luke McQueary. And I went on a journey with him that shocked the sh*& out of me, and kept me thinking about it for days.

I was mesmerized by Luke McQueary. I could not take my eyes off of him. He played in a four-man band. But I could only see Luke. I was totally lost in his world for nearly three hours.

Now, lest you think I’m a lech or a cradle-robber or a stalker, I promise you this had nothing to do with me wanting Luke, or being attracted to him “in that way.” It had everything to do with his unwitting invitation to lead me down that rabbit hole.

Even though I immediately recognized his talent as a guitar player (it was impossible NOT to see or hear), all of my attention was on Luke’s face. His facial expressions were like none I’ve ever seen. It was as though he was using his lips, his cheeks, his eyebrows, his chin to FEEL the music. The music flowed through his guitar, but his countenance was inextricably tied to every note.

After the first twenty minutes or so, I realized that I’d become so lost in Luke’s performance… because Luke was so lost in it. He was captivated by the moment. Entirely swept away by what he was doing. Completely unaware of what people around him were thinking.

And in seeing him that way, I felt that I was taking part in an intimate moment. Like he had laid himself bare.

I wanted—simultaneously—to keep the discovery to myself and to share it with the world. I suspect that every single person watching Luke felt what I felt that night.

This was a one-way moment, #NAME#. Luke didn’t even know I was there. (I feel 100% positive he’s not writing an email to his friends about ME this morning.) And that’s what makes this all the more remarkable. He just gave what he gave naturally. Without expectation. Without a need for validation or connection.

Carla and I went back to Robert’s three more times that week. The vibe was so intensely beautiful, that we couldn’t resist the draw.

In Luke McQueary, I found a golden lesson. I learned that when we surrender to the beauty and power of what we’re doing—when we allow ourselves to fully FEEL our expressions of creativity, or love, or desire—others can’t help but to be drawn in.

I also learned that it’s the striving, the posing, the caring about what others think that ultimately drives them away.

And so I invite you, today, to show yourself to others in the throes of doing what moves you. Don’t try to fix it or clean it up or make it presentable.

Just love what you do in the presence of others.

And invite them right down into your rabbit hole.

From the heart,
Juju

P.S. I took a video of Luke that first night at Robert’s, and I watch it sometimes now, before I write. If you want to see what I saw in Luke, I posted it here. But I warn you not to steal Luke’s energy without giving something back. Follow him on YouTube or Facebook. Buy his CD or go see him in Nashville and give him a big tip. It’s a circle, this kind of giving. You have to participate in the circle if you want to continue receiving…

3 thoughts on “LESSONS FROM NASHVILLE: Down the Rabbit Hole”