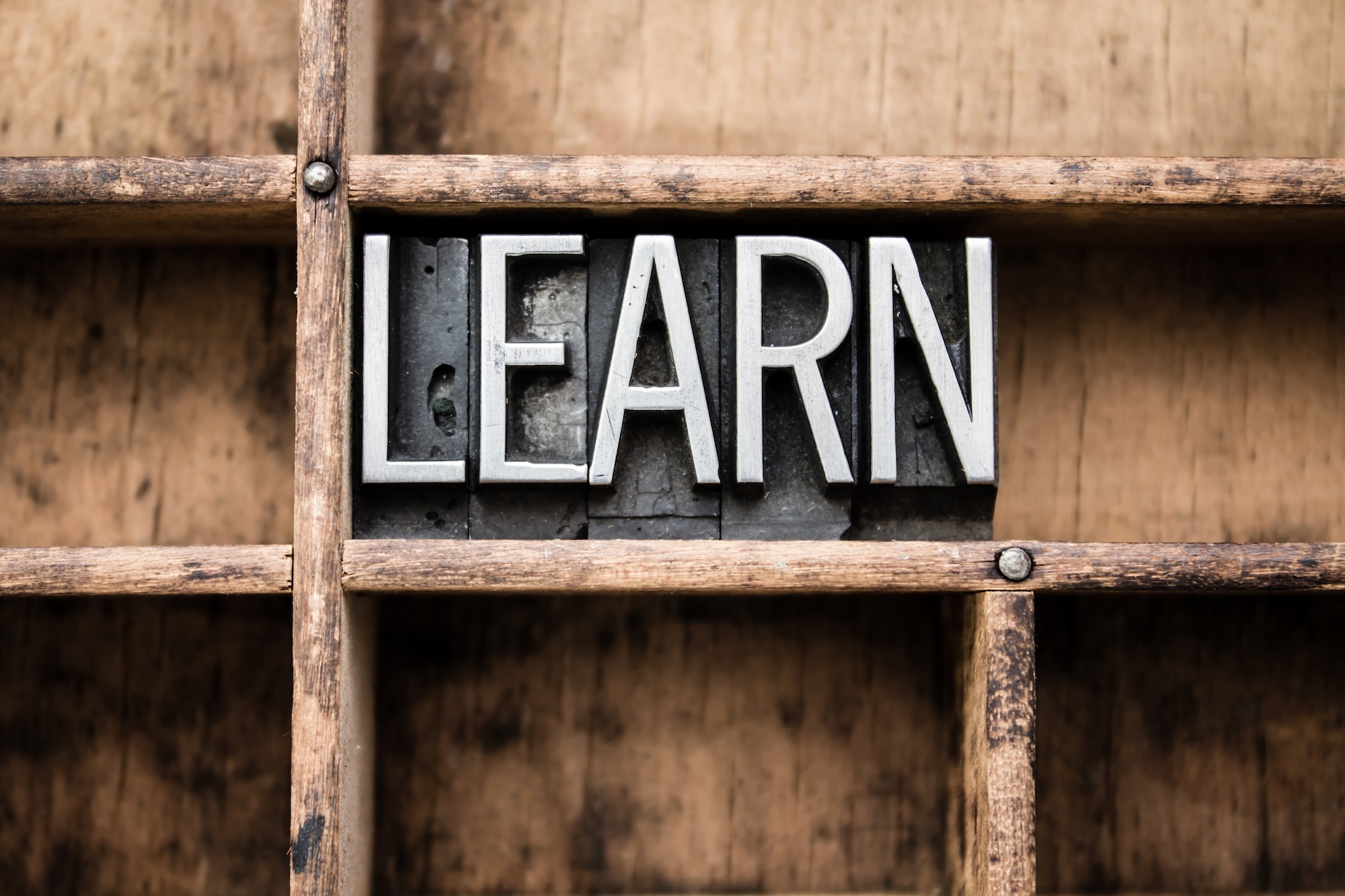 I was a sophomore at the University of San Diego when I decided to declare my major as English with an Emphasis on Writing. I knew my dad, who was paying my tuition, wouldn’t be completely thrilled. His idea of “career” and mine were two different things.

When I told him about my choice, he said this:

“Writing? That’s great honey. Why don’t you come on down to the dealership and learn the Finance Department… just in case you’re not Hemingway?” (My dad had a way with words.)

For the duration of my college days, I worked as an F&I Manager in a Volvo store, and I learned more about sales, people and commercial lending than most people learn in their lifetimes. At the same time, I was reading Emerson and Dickinson and mastering the use of the Oxford comma.

During that time I picked up a passion that has never waned, and it’s gotten me through some pretty tough spots – and spit me out on the other side, a master. I became passionate about learning. And about how the combined knowledge of seemingly disparate things can catapult me into amazing opportunities. (For a long while, I was a successful executive in the EXACT spot where cars, commercial lending and communications collided. Coincidence? I think not.)

This lust for learning is still a huge part of my life, my marriage, my family. At the beginning of each year, we ask one another, “Who are you going to be this year?”

One year I became a yoga teacher.

One year my husband became a pilot. (I love to call him, “Captain.”)

There was the year I studied fiction with Barbara Rogan.

And the year my husband took keyboard lessons.

I’ve learned to be an Equal Employment Opportunity Ombudsman, a Health Coach, a ski trip tour guide in Utah, a bulb gardener… I even had a short stint with quantum physics after my dad passed. That was fascinating, but far beyond my reach.

(As a side note, I’m asking this group to hold me accountable: this year I’d like to learn to surf. I’ve always been afraid of the ocean, and I’d like to bag that up before I’m 50. So if I have any readers who give lessons…)

I write a lot about who we are.

Who we want to be.

How we want to be seen.

How we present ourselves to the world.

You might find your teacher live, right in your neighborhood. Maybe she’s online or on TV. You might find him in the library or on Amazon.com. (I’ve spent the night in bed with more writers than I can count.) Maybe your teacher is a parent, a friend, your teenage son.

Lifelong learning changes things. It takes you out of day-to-day drudgery and lifts you up – into “becoming.” And man, there’s just no better juju than becoming something new. There’s nothing finer than that “a-ha” moment. That second when you say, “I did NOT know that,” or “No way!” or “Seriously, you want me to put my hand there and my leg over there?!”

It doesn’t matter what you learn. Because the transformation, in and of itself, is magical.

It lifts you up, spins you around, and sets you back down a new and saucier person. It opens up a treasure chest of new friends and potential colleagues. It gives you glasses of a slightly different color (or, depending up what you’ve learned, a radically different shade) through which you’ll see the world.

So if you’ve got something you want to learn, do it today. Step forward. Buy the book. Make the call. Get to YouTube without delay. When you come home from work or the gym, rather than hitting the couch, hit the books. Not in an “Oh, shit I have a test on Monday and I’m not prepared and I’m so f’ing stressed,” way. But in a, “This stuff is amazing. I cannot believe this!”

And if you’re running a business, then lifelong learning is an imperative. Period. There’s tons of research that indicates people who continue to learn are the people who emerge as leaders. The folks who remain relevant. The learners rule, my friends. It’s a fact.

Lifelong learning makes you agile. It gives you options. (Man, there’s nothing worse than feeling STUCK, is there?) It allows you to turn your business in another direction when you sense the iceberg ahead… It allows you to mentor employees and associates and foster growth. It presents opportunities for new markets, product extensions, alliances and multiple income streams.

So open up the books for yourself, and for your business.

So who are you going to be this year? What will your business be? Tell me in the comments below.

Now, who wants to go surfing?