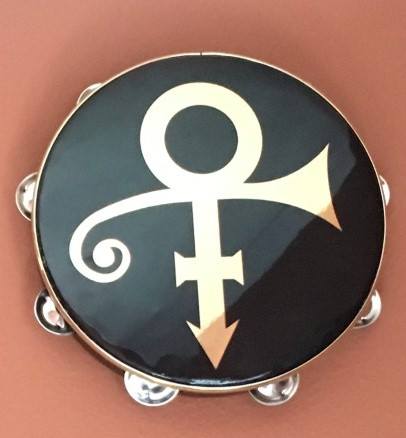 We all need permission.

I talk a lot with my clients and associates about their brands providing permission. About them standing for something that’s real, putting forth messages that are meaningful, saying things — out loud — that other brands won’t have the courage to say.

I encourage business owners to make it easier for their clients and customers to own themselves and speak for themselves by aligning themselves with brands that feel the way they do about things that are important to them. To give their clients permission.

And this morning, as I danced around the house nearly shouting the lyrics to “Cream” and “Gett Off” and “When Doves Cry,” I shocked myself a little when I cried. I was more than a little surprised at the size of the hole that had opened in my heart just days ago when I learned that an icon I longed for — straight from my soul, for so many years — had died alone, in his elevator.

And I realized something for the first time:

At a time in my life when I was filled, simultaneously, with potential and angst, he gave me permission to ditch the angst.

At a time when I wondered if I was enough, he gave me permission to show myself.

At a time when I struggled with the truest sense of black and white, he gave me permission to see grey. And purple.

And on nights when, as a tortured youthful soul, I would lie on my bed and ache for something more, he gave me permission to bust out.

Prince gave me permission to desire.

Like every other teenage girl, it was perfectly natural for me to have desires. But as a product of a Catholic education heavy on guilt and a mom raised in the 50’s (pregnant at the prom and determined NOT to have her daughter repeat it), it was anything BUT natural for me to feel OK about those desires.

Prince? He gave me permission.

He gave me permission to own my desire. Relish in it. Celebrate it. Thank God for it.

If there’s one thing I could teach my teenage son to help ease his pain as he moves through life, it’s that attraction happens on a singular level.

“Attractive” isn’t a quality. It’s a state of being that exists only in the presence of a specific individual who’s perfectly wired to appreciate it.

He gave me permission to put it down, anyway. To lay it out there, for all the world to look at, but for only the special ones to actually see. He told me I didn’t have to be beautiful to turn him on. Or rich, or cool… or any particular sign. He didn’t want anything specific from me at all, other than a kiss.

Prince gave me permission to be authentic.

I almost hate to use that word because it’s so watered down these days. But when it comes to Prince, it applies more than any word listed next to it in the thesaurus.

Prince gave me permission to be authentic. To NOT try. To own exactly who I was.

He taught me that my imperfections were lovely. That I was lovely.

And in a world where so many people put on and showed off, somehow his outrageous antics, outlandish costumes, outside-the-box lyrics just felt real to me. He was authentically “out there.” And so, I thought, was I.

He told me I had, “the look.” That I was a “natural beauty… unaffected.” And I believed him.

With his leopard print, his capes, his five-o-clock shadow and eyeliner, his purple guitar, his head wraps, and his shy, demure whisper — every bit of it authentically him — he gave me permission to be authentically me, right alongside him.

Prince gave me permission to be fierce.

He rocked serious girl bands. Or more suitably, they rocked him.

Appollonia. Vanity. Sinead O’Connor. Sheena Easton… The list goes on and on.

Prince’s women were not for the faint of heart.

Prince celebrated women. He lifted them up. He never shrank around a woman who showed up completely. On the contrary. He pulled her out. Put her on stage. Challenged her. Showcased her.

He gave so many women the chance to be fierce. And he gave me permission, when I was in my early 20’s and itching to set the world on fire:

For so many years in my youth, Prince gave me permission.

And now, as I head toward 50, much less in need of validation than of moments of spontaneous elation, he still gives me permission… to shake it with everything I’ve got. Because all those songs of lust and joy and courage and dark, daring beauty? They belong to me and to every other teen who climbed on and rode them to shameless glory.

And so this morning, with my 14-year-old son looking on and shaking his head, I danced like no one was watching. And I shook every bit of junk in my trunk with reckless abandon… because Prince? He told me to.

Who gives YOU permission? Share with me in the comments, below.

27 thoughts on “Prince Gave Me Permission”